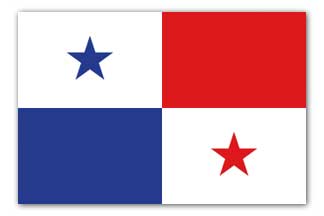 BOCA RATON, Fla., April 11, 2016 — Richard S. Lehman, Esq., a United States tax attorney in private practice for 41 years, has assembled a highly-qualified and experienced team to help those affected by the Panama Papers Corruption Scandal. To date, an anonymous source has provided the press with 11.5 million documents revealing offshore bank accounts and tax havens. Everyone from famous athletes, billionaires, and politicians to money launderers, drug dealers, and arms dealers have been affected. In addition, innocent investors who did not cheat anyone have also been caught in the corruption trap of anonymous Panamanian corporations that are no longer anonymous.

“This scandal in Panama is exploding right now,” says Lehman. “Panama was an accident waiting to happen, and I have a team of first class professionals who knew the risk and have experienced corruption and not only survived it but continued to thrive in their profession.

My team knows the ins and outs of Panama and can navigate the dangerous waters that await those who will now be the object of uncomfortable disclosures, enormous pressures, financial loss and mental anguish, which will be experienced by the innocent and the not so innocent.”

Lehman’s select team consists of a group of seasoned lawyers and investigators who know and have experienced the dangers ofPanama corruption. Lehman, whose law practice has spanned the globe for almost half a century, is heading up the team. He has engaged two highly-qualified Panamanian criminal lawyers who work daily in Panama’s corrupt atmosphere and have achieved victory after victory while knowing the ins and outs of Panama’s courtrooms.

The team also includes an experienced international investigator who is a former CIA operator that knows Panama and interacts routinely with the F.B.I. and Panama’s criminal authorities. The team is rounded out by two-seasoned United States litigators and a criminal attorney and expert civil litigator, both of whom have vast experience in defending those who have been defrauded and those who have defrauded.

“This is a strong team that will help you regardless of your situation,” adds Lehman. “We want to help those who are facing financial ruin and worse. With our depth and breadth of experience with corruption cases and criminal and tax law, we are an asset to anyone dealing with the Panama Papers corruption scandal.”

Lehman’s international practice spans the globe and he has represented both U.S and foreign investors. To learn more about Lehman and the services provided by his experienced team, visit LehmanTaxLaw.com

Known as an expert in his field, Richard S. Lehman, Esq. is a graduate of Georgetown Law School and gained a master’s degree in tax law from New York University Law School. He has served as a law clerk on the U.S. Tax Court and as an attorney with the Chief Counsel’s Office of the Internal Revenue Service in Washington D.C. To read more about Lehman, his services and access the presentations.

This content was issued through the press release distribution service at Newswire.com

Value can be lost without good professional advice. Contact us today for a confidential consult.