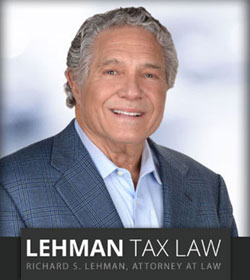 Presented here is an article describing the U.S. Tax Treaty provisions that permit nonresident aliens to stay longer in the U.S. than is typically allowed and generally limited to at most 182 days. The relevant provision is typical in many U.S. tax treaties. There are several treaties that do not have this provision. The taxpayer must be careful and sure that they are relying on a treaty which provides this benefit.

There is a little known “GEM” that is found in several United States treaties that can be very important to the foreign business people all over the world who may wish to stay in the United States for extended periods of time (more than 182 days a year), and still not be categorized as U.S. taxpayers for U.S. tax purposes.

This “tiebreaker test” is used to determine whether an alien individual is, for United States tax purposes, considered to be a United States taxpayer on income earned in a particular year or continues to be a nonresident alien for tax purposes which means they are not taxed on their worldwide income, even if they have been in the United States for an extraordinary amount of time.

In that event, a non-United States taxpayer, as a result of a particular article in the income Tax Treaty, may only be responsible for taxes on income earned from United States sources and none of other worldwide income.

This “tiebreaker test” is used to determine whether, if a nonresident alien remained in the United States for more than One Hundred Eighty Two (182) days in a calendar year, they will still be considered to be only a foreign resident of their home country and only accountable for United States taxes on United States income.

By the way of practical example, this case is based upon the following facts:

A. Residence Provision. The rules governing an alien individual’s stay in the United States are as follows. Most countries with which the U.S. has a treaty will include Article 4 of the Treaty. Article 4 sets forth rules for determining whether an individual is a resident of the UNITED STATES, and whether the individual’s home country may be used for treaty purposes or not. This determination is crucial because only “residents” of the treaty countries generally may claim the benefits of the treaty.

The determination of residence for treaty purposes looks first to a person’s liability to tax as a resident under the treaty countries’ respective tax laws.

For example the Mexican/United States Tax Treaty determines whether an individual is considered to still be principally a Mexican or a United States taxpayer for tax purposes.1/

The rules governing this matter are set out below.

First, we must first define “residency” for treaty purposes.

Definition of Resident. Treaty Article 4(1)(a) states in pertinent part as follows:

“1. For the purposes of this Convention, the term “resident of a Contracting State” means:

Any person who, under the laws of that State, is liable to tax therein by reason of his domicile, residence, nationality, place of management, place of incorporation, or any other criterion of a similar nature.

If such person is also a resident of Mexico such person’s status shall be determined by the “Tie Breaker” rules.

The “tie breaker” rules are a set of rules that determine under certain circumstances whether a Mexican citizen who has spent more than the allotted 182 days in the United States shall still not be considered a United States person for the purposes of taxation.

Although the term “citizenship” does not appear among the explicit criteria of residence in the Treaty for these purposes, “nationality” means “citizenship.”

It is imperative (and we cannot emphasize enough) the fact that in order to support the claim of being a nonresident for purposes of the Treaty, we would strongly urge that the individual (1) obtain a written opinion from tax counsel confirming their tax status in the U.S. and their own country; and (2) continue to file income tax returns each year in their country of origin as an income tax resident without claiming any exemptions or reductions that could potentially affect an associated residence claim under the Treaty.

Treaty Article 4(2) is the Treaty’s “tiebreaker provision”. This will determine whether an individual who has spent more than One Hundred Eighty Two (182) days in the United States in a calendar year is a “tax” resident and is treated as a resident alien under United States tax law or a Mexican individual for income tax purposes of Mexican law.

In essence, under this provision, the Taxpayer’s particular circumstances are considered as controlling the determination of residence status for Treaty purposes, as analyzed below.

Where by reason of the provisions of the Treaty, an individual is a resident of both Contracting States (the United States and Mexico), then the proper status shall be determined as follows:

The important issue is where the Taxpayer has all of his “closest personal and economic relations.”

If the Taxpayer has a home available in the United States and Mexico, the Treaty must rely on a second standard and test of residency to whether he is a United States resident.

This is the standard of which country does the Taxpayer have his closest personal and economic relations. His “center of vital interests.”

There is not a “tie” when it comes to his “center of vital interest.” The “tie” is broken based upon this fact that a taxpayer plays the leading role in Mexican companies and in multiple other undertakings in Mexico and his true home is Mexico.

In the event that this fact is not sufficient enough to prove the Taxpayer’s bona fides, the next “tie breaker” is if he has a “habitual abode,” meaning some place other than the United States and Mexico that he spends more time.

There is no need to look to the place of habitual abode if his “center of vital interests,” is in either of the competing countries.

Since he is a national of Mexico and because his center of vital interest is in Mexico, the competent authorities of the Contracting States should settle the question by “mutual agreement” that he is not principally a United States taxpayer and will be responsible solely for taxes only on United States earnings.

To claim treaty benefits, The Taxpayer will be required to file Form 8833, “Treaty-Based Return Position Disclosure Under Section 6114 or 7701(b)” together with his IRS Form 1040NR federal income tax return. To claim treaty benefits, Form 8833 must be filed and attached to the Taxpayers UNITED STATES income tax return (if one is required) for each year that he claims certain Treaty benefits such as the Tiebreaker Test Rule. The failure to disclose a treaty-based return position on Form 8833 may result in a $1,000 penalty in the case of individuals.

It should be noted that there is an issue regarding the specific disclosure requirement on Form 8833, along with the fact that the Treaty has an exchange of information provision (Article 26) whereby the United States could provide to Mexico the information included in any of his United States income tax filings. In this regard, Form 8833 requires that a taxpayer disclose any treaty-based return position, that is, a position that has an impact on the taxpayer’s tax return. It is unclear whether only those return positions that are a direct effect of a treaty-based position must be disclosed, or if all return positions, however indirect, must be disclosed. That being the case, it is unclear whether the Internal Revenue Service will require such disclosures.

In this case, the Taxpayer will be and is able to claim that he is a resident of Mexico and not the United States under the Tiebreaker Test Rule. He will be avoiding United States income tax on all of his worldwide income, except those items of taxable United States source or business income specifically enumerated by United States tax law as modified by the Treaty.