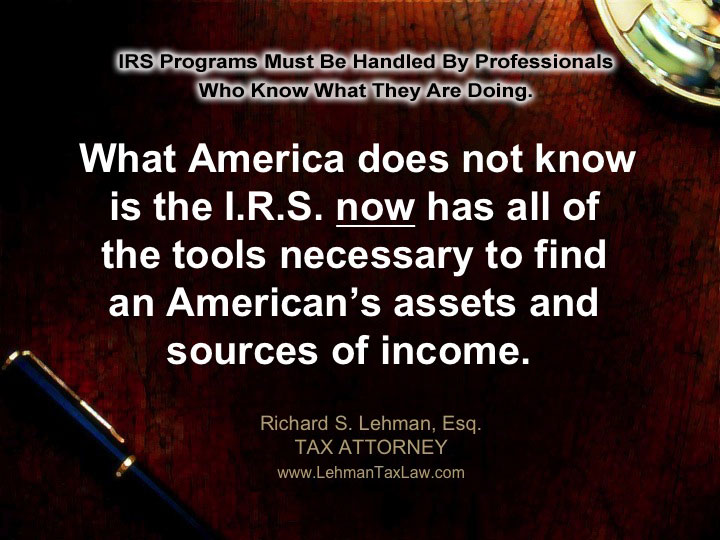 American citizens and residents often have placed funds in foreign bank accounts, in banks all over the world.

There is a program for those United States depositors who have knowingly evaded reporting their foreign bank deposits.  This program is known as the Offshore Voluntary Disclosure Program and has strict requirements because of the fact that the non reporting was knowingly and willfully made.  This “Amnesty Program” has strict penalties that are much less than all of the penalties that could have been inserted.

There also is an Internal Revenue Service program called the Streamline Compliance Program that permits United States individuals, who have innocently and unknowingly not reported their foreign bank deposits, to report those deposits at a much reduced penalty than the penalty applicable to the willful violators.